One Flew Over the Cuckoo's Nest

By Marketplaces Inc. From United States 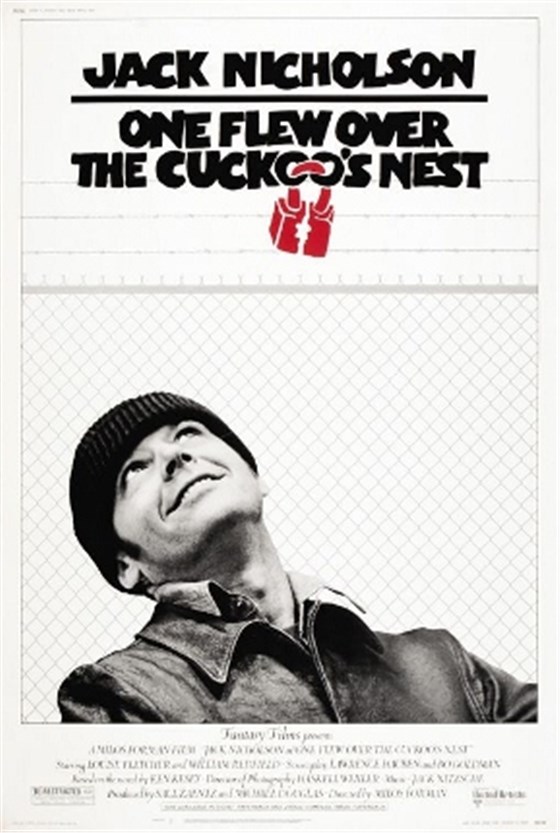 Shipping Hide This item is shipped from United States

The estimated delivery time is (Mon-Fri) until the seller will dispatch the item. Actual delivery time will depend on your delivery location

In 1963 Oregon, Randle Patrick "Mac" McMurphy (Jack Nicholson), a recidivist anti-authoritarian criminal serving a short sentence on a prison farm for statutory rape of a 15-year-old girl, is transferred to a mental institution for evaluation. Although he does not show any overt signs of mental illness, he hopes to avoid hard labor and serve the rest of his sentence in a more relaxed hospital environment.

McMurphy's ward is run by steely, unyielding Nurse Mildred Ratched (Louise Fletcher), who employs subtle humiliation, unpleasant medical treatments and a mind-numbing daily routine to suppress the patients. McMurphy finds that they are more fearful of Ratched than they are focused on becoming functional in the outside world. McMurphy establishes himself immediately as the leader; his fellow patients include Billy Bibbit (Brad Dourif), a nervous, stuttering young man; Charlie Cheswick (Sydney Lassick), a man disposed to childish fits of temper; Martini (Danny DeVito), who is delusional; Dale Harding (William Redfield), a high-strung, well-educated paranoid; Max Taber (Christopher Lloyd), who is belligerent and profane; Jim Sefelt (William Duell), who is epileptic; and "Chief" Bromden (Will Sampson), a silent American Indian of imposing stature believed to be deaf and mute.

McMurphy's and Ratched's battle of wills escalates rapidly. When McMurphy's card games win away everyone's cigarettes, Ratched confiscates the cigarettes and rations them out. McMurphy calls for votes on ward policy changes to challenge her. He makes a show of betting the other patients he can escape by lifting an old hydrotherapy console—a massive marble plumbing fixture—off the floor and sending it through the window; when he fails to do so, he turns to them and says, "But I tried goddammit. At least I did that."

McMurphy steals a hospital bus, herds his colleagues aboard, stops to pick up Candy (Marya Small), a party girl, and takes the group deep sea fishing on a commandeered boat. He tells them: "You're not nuts, you're fishermen!" and they begin to feel faint stirrings of self-determination.

This item is yet to be reviewed.

Questions for this seller Hide 0 comments

We have placed cookies on your computer to help make this website better. You can change your cookie settings at any time. Otherwise, we'll assume you're OK to continue.